What is an Advanced Persistent Threat?

An Advanced Persistent Threat (APT) is a type of cyber attack in which an attacker covertly gains access to a network and then uses that access to compromise sensitive data or systems with the primary goal of extracting sensitive information over long periods of time.

What is an Advanced Persistent Threat?

An advanced persistent threat (APT) is a type of attack in which an intruder or group of intruders gain unauthorized access to a network and remain undetected for long periods of time in order to steal sensitive data. Some APTs will sit dormant for long periods of time, waiting to be activated at a set time, or by a detected event, or until activated by the attacker. These attacks are carefully planned and often target large businesses or government networks. The consequences of these intrusions can be serious, such as theft of intellectual property, exposure of sensitive information, sabotaging of organizational infrastructure, or even a complete takeover of a network or website. Carrying out an APT attack requires more resources than a standard web application attack. The perpetrators are usually well-funded and have sophisticated tools and skills at their disposal.

There are three key elements that distinguish an APT from other types of attacks:

The most common way that APTs gain initial access to a network is by compromising an attack surface by means of malicious content or socially-engineering via phishing. These attacks are commonly launched in conjunction with other cyberattacks (e.g. DDoS attacks, etc.) to distract security personnel from the primary attack vector for the breach.

When attackers first breach a network, they will try to establish command and control (C2) access, or drop a payload with malware that grants network access to enable remote, stealth operations, also known as, a backdoor shell. These backdoors can also take the form of legitimate pieces of software, but in reality, are Trojan viruses.

Once the attackers have a foothold in the target's system, they will use various techniques to move laterally and expand their presence.

Some of these lateral movement techniques include:

Once the attackers have established a presence on the network, they will begin to exfiltrate sensitive data. This process of data extraction will take place simultaneously with white noise attacks akin to the attacks used to distract security teams during the initial infiltration. The most common method of data exfiltration is through FTP or HTTP traffic. However, more sophisticated attackers may use encryption to avoid detection during data extraction.

How to prevent and detect APTs

Advanced persistent threats are extremely difficult to detect and defend against because of their sophisticated nature. Some security measures that can be taken to protect against APTs include:

IRONSCALES can help stop APTs before they start

IRONSCALES is a best-in-class email security platform built to detect and remove advanced phishing threats in the inbox, powered by AI and enhanced by crowdsourced threat intelligence from security teams around the world. This cloud-native, API-based solution is quick to deploy, easy to operate and manage, and well-equipped to handle a wide range of email threats including sophisticated social-engineering attacks and advanced threats like business email compromise (BEC), account takeover (ATO), VIP impersonation, and other threats that are commonly missed by traditional secure email gateways.

IRONSCALES combines its machine-intelligence and automation capabilities in its solution with Security Awareness Training (SAT) and Phishing Simulation Testing (PST) built directly in our email security platform. For SAT, the platform makes use of the AI’s self-learning to help admins create training campaigns with the ideal video content for specific users or groups. PST takes advantage of the same intel to create phishing simulations modeled on the millions of real-world examples that IRONSCALES analyses every day. If users click on simulated phishing emails, they are taken to a customizable landing page with recommended steps to avoid being phished in the future. 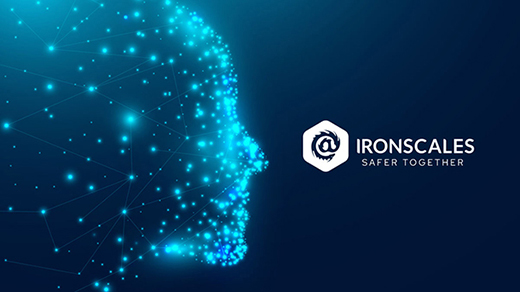 Request an AI-powered email scan of your mailboxes and uncover lurking phishing threats.

The Cost of Phishing

Businesses are spending too much time and money on phishing. Discover how much in this survey report. 252 security professionals. 20 industries. 5 key takeaways.

Request a demo to see what IRONSCALES AI-powered email security can do for you.